Food Waste Disposal Innovations That You Might Not Know About

Collecting, containing and decomposing technologies are taking a new turn as new food and safety procedures are being created. This is largely triggered by the strain that machinery previously incurred due to the weight and water content of the waste material. Also, there has been a sharp increase on the programs being initialized by various institutes aiming at better waste disposal in Perth, with the sole aim of curbing various environmental hazards all over the country. Here is a look at some of the inventions that are taking the food waste disposal sector by storm. 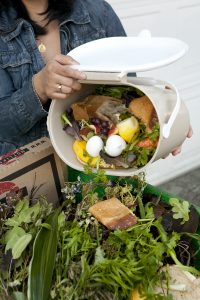 These machines are designed as literal dumps for food waste. The lifter’s cart for the machine is slid straight over the collecting edge of the container. With the tilting area controlled by the gravitational pull, the machine easily empties the cart without causing any spillage to the environment. It has the capacity to handle up to 500 pounds of waste. The geometric composition also allows the cart to expand all ways so as to allow more surface area for resting the weight evenly. Therefore, any load being lifted does not compromise the stability of the lifter. In addition, the base of the cart does not get deformed with time.

This self-contained machine has incorporated a 2cy hopper that can be equipped with a lifter. The compactor itself is a 16 to 35cy machinery, able to handle the disposable waste of a mid-size grocery store for a whole week. It has simpler controlling mechanisms compared to the conventional ones.  In addition, the machine provides for servicing alerts, and many of the parts are more accessible for servicing.

On another front, certain microorganisms are being used today to break down materials where there is no oxygen at the site. Insoluble polymers are broken down in the process so as to allow for bacterial digestion. In addition, this industrial technology allows acid based bacteria to convert sugar into carbon-dioxide, hydrogen, organic acids and ammonia.

Organic materials are converted into certain gases at high temperatures. The system conveniently uses oxygen and steam to have the organic material convert to carbon-dioxide, carbon-monoxide, hydrogen or ammonia. By using plastic or concrete tanks and bankers, the temperatures in the systems are controlled while the reaction takes place through he buried tubes. 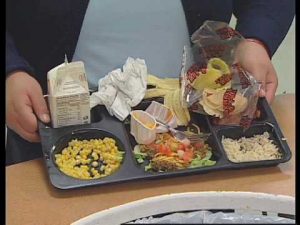 This type of technology is widely embraced for its ability in dealing with both residential and industrial organic waste products. Unlike the gasification technologies, this method decomposes the organic compounds without the use of oxygen. An autoclave set in place is used to set the process in motion at extremely high temperatures (the autoclave’s initial role is sterilizing the equipment that is being used at high pressure and temperature). The autoclave also kills any kind of pathogens and viruses that may be present.

With so many creative technologies, the world is looking at doing better in environmentally friendlier ways of disposing of waste. These are just a few of the technologies involved in collecting and disposing, and we wait eagerly to see what the world will offer in the future when it comes to waste disposal.